Under Indiana’s law, you cannot sue based on a product liability claim for what is actually a service. Meaning Wind tunnels and Climbing Walls provides a service in Indiana, they are not products sold to the public.

Holding: for the plaintiff on the release and the defendant on the product liability claim.

The plaintiff sued for negligence and product liability claims. The trial court granted the defendant’s motion for summary judgment based on the release, and the plaintiff appealed.

However, the court found through various arguments that those issues were moot and not at issue.

The next argument was the plaintiff’s claim the release was not sufficient under Indiana’s law to prevent a negligence claim. The court agreed.

Indiana generally supports releases, but requires the language of the release be sufficient to deny the claims being made.

It is well settled in Indiana that exculpatory agreements are not against public policy. Generally, parties are permitted to agree that a party owes no obligation of care for the benefit of another, and thus, shall not be liable for consequences that would otherwise be considered negligent. Id. In Powell, however, this court held that an exculpatory clause will not act to absolve the drafting party from liability unless it “specifically and explicitly refers to the negligence of the party seeking release from liability.”

This rule is based on the principle that an agreement to release a party from its own negligence “clearly and unequivocally manifest a commitment by [the plaintiff], knowingly and willing [sic] made, to pay for damages occasioned by [the defendant’s] negligence.” We note, however, that an exculpatory clause not referring to the negligence of the releasee may act to bar liability for those damages incurred which are inherent in the nature of the activity, or, as Powell stated, the exculpatory clause is void only to the extent it purports to release a defendant from liability caused by its own negligence. The requirement of specificity is only necessary when the risk of harm is a latent danger, i.e. the defendant’s own negligence.

The release stated the plaintiff “fully discharged and released” the defendant from all “liability, claims, demands, actions, and causes of action.” Nowhere did it state the release, released D S from its own negligence. Nor would the court interpret the language of the release to cover that. The specific language was needed for the release to work.

We conclude that the release is not sufficient to release Dyna-Soar because the release did not specifically and explicitly refer the Dyna-Soar’s “own negligence.” While this exculpatory clause may act to bar some types of liability, it cannot act to bar liability arising from Dyna Soar’s own negligence. Therefore, the trial court erred when it entered summary judgment in favor of Dyna Soar based on the release.

The next issue was the product liability claim. The Indiana Products Liability Act defines a manufacturer as the seller of a product, “a person engaged in the business of selling or leasing a product for resale, use, or consumption.”

Product” means any item or good that is personalty at the time it is conveyed by the seller to another party. It does not apply to a transaction that, by its nature, involves wholly or predominantly the sale of a service rather than a product.

Personality is another name for something owned that is not attached to the land.

The plaintiff argued that the defendant created a machine, which was a product and sold what the machine did. However, the court found that what the plaintiff bought was a service.

A service is not subject to the Indian Product Liability Act.

The case was sent back to the trial court to go forward on the negligence claim of the plaintiff.

Simply put this lawsuit is based on a poorly written release. I repeat myself, but have someone who understands you and your business or program write a release based upon the law where the release will be applied.

Let me put it another way. Unless you wrote a check or paid money for your release, you would probably end up in court. Attorneys provide free releases not as a service, but knowing there are flaws in the document that will allow them to make a lot more money defending against the lawsuit.

And if you think, it is not worth your money; figure that you will lose thirty (30) days of work the first year you are sued, 15-30 days each year until trial and probably 45-days the year of the trial. A good release can keep you at work and out of depositions and courtrooms.

The defendant got lucky on the product’s liability claim. Most states have a broader definition of a product. Put in the release that you are providing a service not selling a product if you have any doubts. 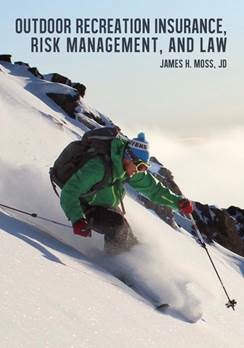