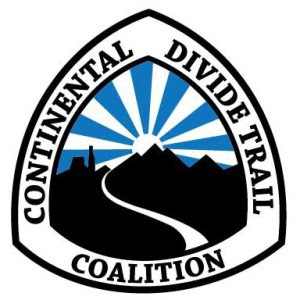 A one-of-a-kind survey of small business owners in 16 communities near the Continental Divide Trail throughout Colorado, New Mexico, Idaho and Wyoming shows the trail, the public lands it travels through and the hikers that use it are a vital and growing part of the economic activity in those towns.

“The Continental Divide Trail and the hikers that use it are vital to my business. We are able to get through the winter because of the massive number of hikers coming through in the summer,” said Melanie Garr, the owner of Simple Lodge & Hostel in Salida, Colo., one of the communities surveyed. “Considering the positive impact the trail and the people who use it have on my business and our community, it is alarming to see the president roll back protections for public lands in the West. This is our livelihood and decisions like that threaten it.”

Business owners also report economic benefits since their towns gained the Continental Divide Trail Community designation from the CDTC. The designation recognizes communities that have committed to promoting and protecting the trail and providing an inviting environment for trail hikers:

“Small businesses keep local communities and economies thriving by providing jobs, financial stability and valuable services, and their collective activity boosts our national economy. The decision to reduce protections for the Bears Ears and Grand Staircase Escalante national monuments sent shockwaves through communities that rely on public lands for their economic wellbeing,” said Teresa Martinez, executive director of the Continental Divide Trail Coalition. “Small business owners in these towns are consistent in their belief that the Continental Divide Trail stimulates the economies of their communities. Our leaders must pursue policies that help these small businesses maintain and grow a healthy bottom line by preserving and enhancing the trail and the public lands it traverses.”

The survey provides a first-hand account of what economic reports on recreation have found—such as the 2017 Outdoor Industry Association report that shows the recreation economy drives $887 billion in consumer spending every year and supports 7.6 million jobs. As the popularity of the trail increases, Martinez expects the economic impact to grow.

“We have documented an exponential increase in the number of long-distance hikers attempting to hike from one end of the trail to the other over the past four years,” Martinez said. “In the first year, we documented 50 thru-hikers. In 2017, there were more than 300. We expect the numbers to keep growing and the positive economic impact on communities to grow with them.”

Seeing the positive economic impact the trail has on their businesses, it is not surprising that the survey also reveals that small business owners in trail communities believe protecting their region’s natural assets will enhance local economies.