DON BRIGGS has spent over 25 years photographing and filming the Grand Canyon. Having made 70+ trips down the Colorado as a river guide, he has had the opportunity to capture the Canyon in its many moods, though all the seasons. His Grand Canyon films have won numerous National and International awards, including a Daytime Emmy Award for single camera cinematography.

One of the most popular modern American orchestral works. As a young man, Ferde Grofé wandered about  the American Southwest in the 1920’s and fell under the spell of the Grand Canyon. He translated his vivid impressions into his symphonic masterpiece. Combined with images by Emmy Award-winning cinematographer Don Briggs, “Grand Canyon Suite” becomes the quintessential musical travelogue. 32 minutes. $14.95 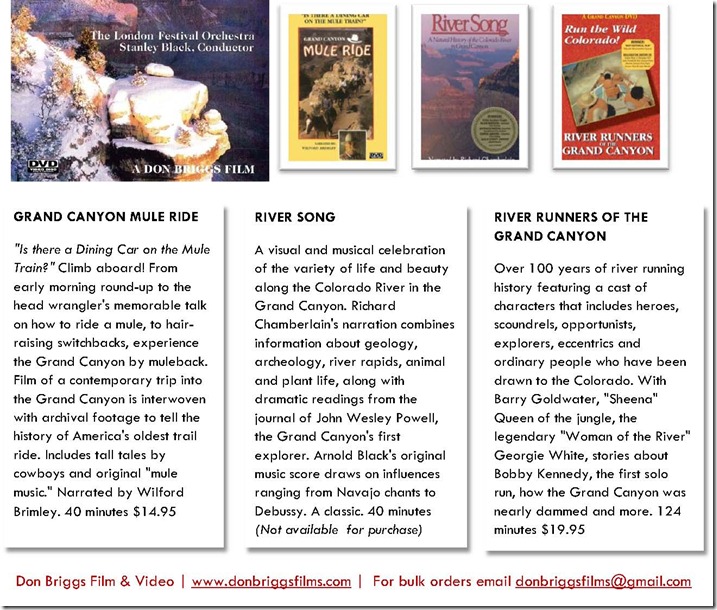